(or Smiles for Miles)

Here’s a fun fact for you: 3 out of the 5 Jacks have their motorcycle licenses. So when Royal Enfield North America and Streamline Jacks experienced a cosmic convergence in 2015, we knew great things were on the road ahead. Royal Enfield is the longest continuously produced motorcycle in history, and for the past 6+ years, we worked with the amazing North American team as an extension of their Marketing arm. We’ve assisted with a multitude of unique projects, which really let us flex our creative muscles beyond the traditional graphic design norms. From product launches at the international level, to pandemic-era event pivots, the unique challenges RE throws at us means we’re always ready for the next wild ride.

Bring Royalty Back to the States

Three requests: 1. Knock the socks off North American motorcycle enthusiasts (oh, we designed socks for them too). 2. Get more butts in those seats. 3. Wow the world. Royal Enfield has an amazing history worldwide, but it hadn’t been stateside since 1970. So in 2015, when they decided to make their North American comeback, they had quite a hill to climb. After connecting with their dynamic marketing team, Streamline Jacks joined the mission to make it all happen.

From Hobbyists to Hype Women

Throughout our partnership, we leveraged the amazing brand history, global hype, and solid design styling to support any project that came our way. Strategy and brainstorm sessions were open and intuitive in order to generate the really BIG ideas required to launch a successful adventure middleweight motorcycle, elevate sales with dealership displays, create subscription-based dealer website solutions that kept budget at the forefront, and maintain an ever-growing email audience. We helped bridge the gap between markets and create solutions that worked across cultures, ages, and demographics. All of this was done with keeping the legacy of Royal Enfield true to its root: Pure Motorcycling.

Takes a few to make a thing go right

Our ability to smoothly integrate with internal teams in the UK, India, and the Americas, plus outside vendors and talent, allowed everyone to execute high profile projects and creative campaigns under aggressive timelines with high returns. One huge advantage? All parties’ knowledge of the motorcycle industry, including our consumer-facing experiences as riders. A finger on the pulse of what’s happening in the industry gave us the advantage to produce at the next level.

Success can easily be measured with the launch of over six motorcycles, including an international launch and an 8-city nationwide launch tour, and pivotal environmental installations.

The Himalayan was never actually slated for the U.S., but after grassroots marketing and PR efforts, it’s now a top selling model that has single-handedly changed the middleweight industry for ADV motorcycles. And we got to be part of the launch.

Not only did we personally review the first two Himalayans that arrived on U.S. soil, we got to be part of the hype that put it in the hands of North Americans. This involved location scouting in Duluth, MN (where we tried to get a train involved) and in Midlothian, TX (definitely got a jet boat involved). We planned three days of entertainment for North American journalists, which included all sorts of fun at TexPlex Park (ATVs, Jetboat, Execuvator rides), meals, breakout sections, program scheduling, and onsite coordination. Design and marketing efforts included: social and digital ad campaigns, email sends to media and industry influencers, website assets, pre-order landing page, and print collateral.

In order to deliver a budget-friendly alternative for Royal Enfield dealers’ web presence, we needed to start at the foundation. We structured a template landing page solution that could utilize existing creative without resizing needs, and then developed a cost-friendly digital product for both Royal Enfield and their dealers. We offered two subscription-based fees for budget flexibility so more dealers could promote Royal Enfield’s brand online.

An international motorcycle launch over the course of ten days is daunting to say the least. Once again, it was time for all hands on deck. Initially, our focus was narrowed to transportation logistics for C-suite, staff, press, and attendee arrival, departure, and every event in between. But due to our long-term relationship with RENA, nimble agency size, and fierce determination, we filled production gaps across the board: event activations, collateral design & printing, plus assistance and coordination during motorcycle test rides. We even got to pull off our hospitality skills with curated welcome boxes and gifts.

The following year, we upped our event production game tenfold during the North American launch with bottom-to-top planning and execution. From location scouting and pencil drawings of parking lot activations, to activities planning and vendor outreach, when we say we were there every step of the way, we mean it. Right down to leading the rides. We can still feel the heat from the fire-breather in Toronto stop and chatting up Tyson Beckford in Miami like it was just yesterday. 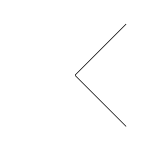 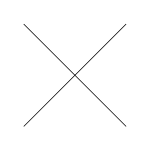 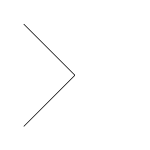